Former Mayor of Bogota to be Honored 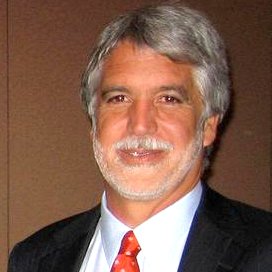 Enrique Peñalosa will be awarded an honorary degree from the Conway School in early 2013.

As mayor of Bogota, the 7 million-inhabitant capital of Colombia, Penalosa transformed the city into an international model for improvements in quality of life, mobility, equity and sustainability. He has been awarded important international recognitions such as the Golden Lion of the Venice Biennale or the Stockholm Challenge.

During his 1998-2001 term as mayor Mr. Peñalosa implemented an environmentally and socially sustainable model of urban development that prioritized public transport, public pedestrian spaces and children’s happiness. “In a good city every detail should show respect for human dignity” Penalosa says.

In Bogota he created TransMilenio,  one of the world’s best bus-based transit system; a network of bicycle paths; slum improvement projects; a land bank to provide low income housing with quality urbanism; greenways and pedestrian promenades through low income
neighborhoods; radical improvements to the city center; daily car use restrictions during
peak hours and an annual Car Free Day; formidable libraries and parks; high quality
public schools managed through a innovative scheme by the best private schools in the
country.

Peñalosa has lectured internationally in numerous environmental, urban design and policy, and university forums and has advised governments in Asia, Africa, Australia, Latin America and the United States. He is currently a consultant on Urban Vision, Strategy and Policy. He is President of the Board of the ITDP (Institute for Transportation and Development Policy) of New York and member of the London School of Economics’ Cities Program Advisory Board.

At the end of 2009 Penalosa together with other three former mayors re-founded the
Green Party of Colombia of which he is currently co-president.

Penalosa holds a BA in Economics and History from Duke University, a Master’s
Degree in Government from the IIAP in Paris and a DESS in Public Administration from
the University of Paris II. He was also a Visiting Scholar at New York University for three years.