The Job of My Dreams 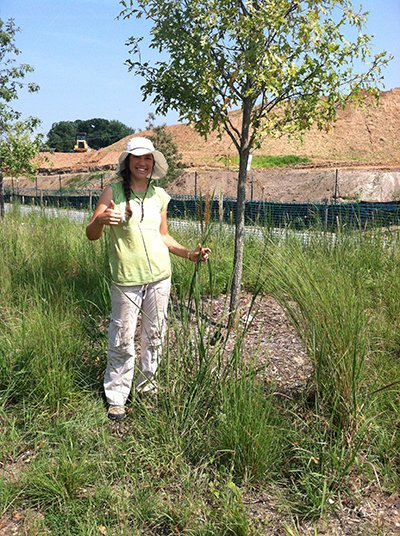 Reflections of a Recent Conway Graduate

The Atlanta BeltLine is perhaps the most profound urban planning and development facelift in the history of Atlanta, Georgia. It ties together a network of public parks, multi-use trails, public art, and transit by repurposing a 22-mile-long historic railroad corridor that encircles “in-town” Atlanta. Finished, the corridor will connect 45 hitherto disjointed neighborhoods. It  will make alternative transportation accessible in a sprawling city of over six million people that relies heavily on automobiles. The BeltLine represents Atlanta’s acknowledgment that the largest metropolitan area in the southeast needs to act quickly to remain a relevant and viable metropolis in the post-peak-oil era.

The scale of the project has required a massive public-private partnership of government agencies, non-profits, and private firms. One of them is Trees Atlanta, a non-profit citizens’ group that protects Atlanta’s urban forest through planting, conservation, and education. Trees Atlanta is creating the Atlanta BeltLine Arboretum, which includes trees, shrubs, meadows, and prairies. Trees Atlanta installed over 600 trees along the first, 2.25-mile-long  constructed segment of the trail in fall 2012. I was hired in late winter of 2013 as the first BeltLine installation intern to assist with the planting of ten acres of native grasses and wildflowers along the trail beneath those trees. My internship ended with a job offer to  remain as prairie restoration coordinator. This past growing season, hundreds of volunteers  planted over 109,000 plugs of prairie grasses and forbs. We are now ensuring that our newly planted urban Piedmont prairie settles into a landscape that was a linear brownfield with miles of edge habitat, new construction, ferocious weed pressure, and unpredictable southern drought-anddeluge cycles. A tall order. A humbling challenge. And an exponential learning curve that I am enjoying tremendously.

The then distant prospect of working on the BeltLine inspired me to enroll at the Conway  School in 2011; the sudden reality of a job offer on the BeltLine in early 2013 enabled me to  work in my hometown on the project of my dreams, the project of my city’s dreams. I have found that doing land-based work on one’s stomping grounds means that taking good care of the land and the community that raised you is a no-brainer; “doing the right thing” comes naturally. Work feels less like a job and more like a responsibility. After all, they’re depending  on us: migratory nesting birds; native pollinators; compacted and dead urban soils; ancient and stressed stormwater infrastructure; air quality; in-town neighborhoods and commuters. They’re all counting on us to get it right this time.