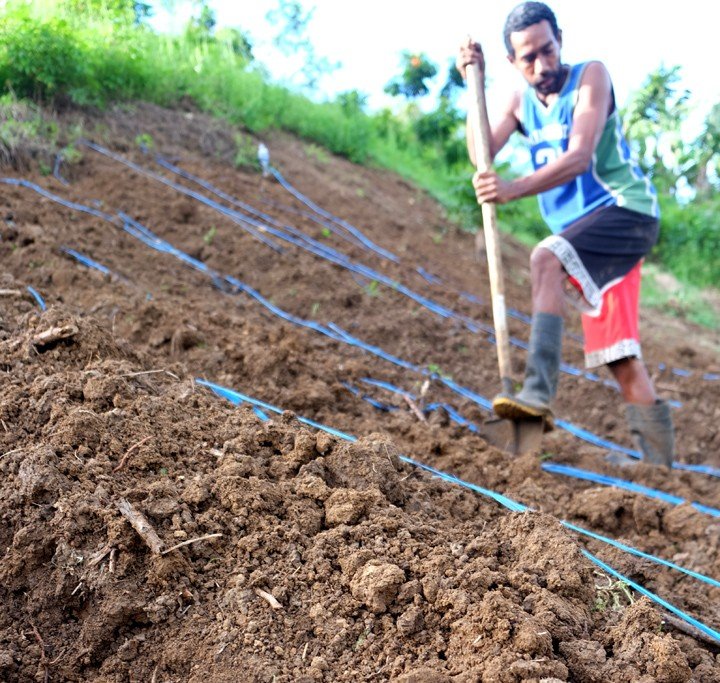 This is the second post in a series by Rachel Jackson ’12, recipient of the 2014-2015 David Bird International Service Fellowship. She shares the following reflection from her trip to Fiji, where she worked with a rural family to implement soil conservation and sustainable agricultural techniques on their family farm.

At first glance, the eastern half of Viti Levu, Fiji’s main island, is a lush tropical paradise. Green fields of rice, taro and cassava alternate with dense forest are fed by three meters of rain annually. A closer read shows signs of soil degradation and erosion due to deforestation and the cultivation of steep slopes for annual crops. These practices affect not only the island’s ability to feed itself but also cause sedimentation that is damaging the country’s fragile coral reefs.

During my time as the 2015 Bird Fellow, I spent five and a half weeks in Fiji with the Savou family who, after several generations of living in town, have returned to farming on 100 acres of their ancestral land. Their land is largely hilly, with moderate to steep slopes leading down to a mangrove estuary. After five years of cultivating a variety of crops for personal use and to sell at market, the family is scaling up and planting five acres of ginger for export.

Ginger thrives in the consistent rain and warm temperatures of Eastern Viti Levu. The Ministry of Agriculture is promoting young ginger as an export crop for the region, allowing the family to tap into an existing distribution system and receive technical support from the government. Much of the technical information comes from conventional temperate agricultural models that rely on chemical inputs, monoculture and intensive cultivation of annual crops. These practices can be especially damaging to the land when combined with intense rain, tropical heat, and steep slopes. During my time at the farm we discussed ways to continue growing this valuable cash crop, but in a more sustainable manner.

How can you grow crops on steep slopes without depleting soil fertility and make a profit? We came up with a range of options to improve long-term soil health. Perhaps one of the most important tools to mitigate erosion could be the adaptation of an alley cropping system utilizing the tropical grass Chrysopogon zizanioides, or vetiver. 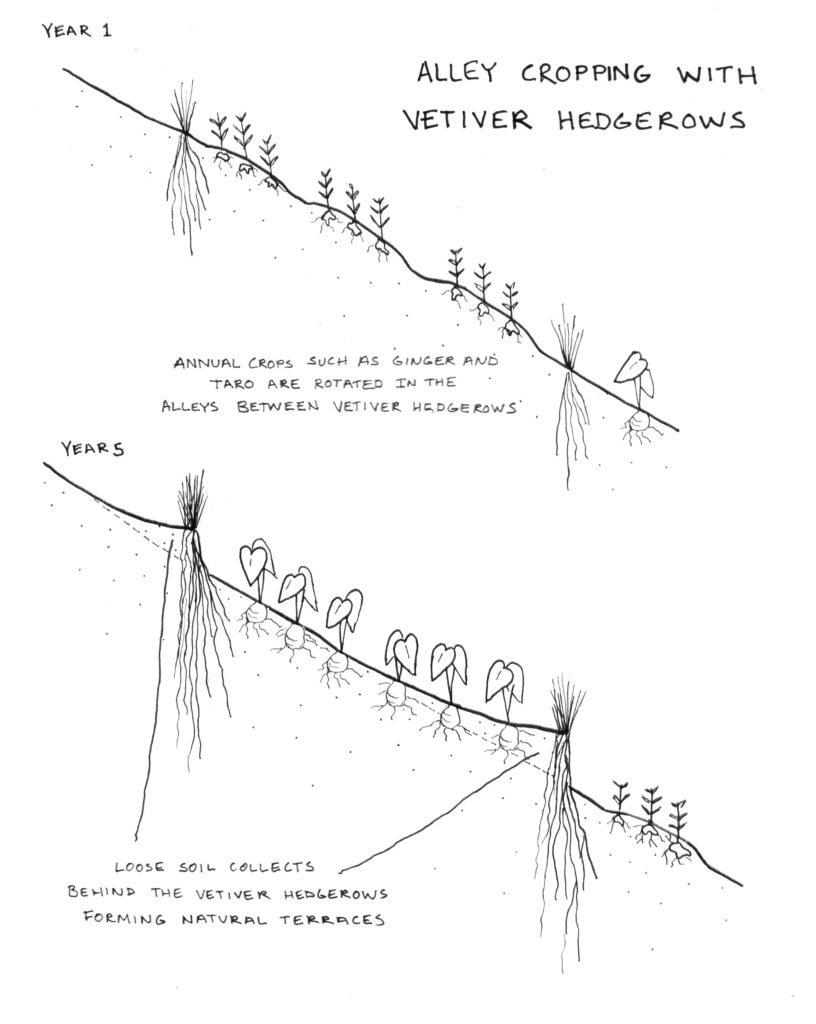 Alley cropping is the practice of cultivating crops between hedgerows of perennial plants. It can stabilize soils, and depending on the species used, provide fertility, mulch, firewood, fodder, or a secondary crop.

Vetiver is uniquely suited for use in tropical alley cropping on slopes. With roots that can reach 2-3 meters deep and grow straight down, fast-growing vetiver can stabilize soils without competing for nutrients with shallow rooted annual crops. Planted in hedgerows on contour, the thick vegetation will capture loose soil that is disturbed during cultivation and begin to form natural terraces. Vetiver is propagated only by root subdivisions and produces no seed, meaning there is no chance that the plant will become weedy. The tops of the grass can be cut back several times a year and used as mulch. 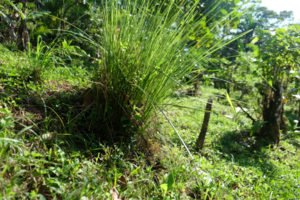 For the Savou family farm, contour hedgerows and drains can be spaced every 10 meters on their sloping land. This allows ample room for rotating annual crops. The benefit of the hedgerows can be expanded by adding nitrogen-fixing trees as a secondary row behind the vetiver. Fast-growing multi-functional trees, such as Gliricidia sepium, or windbreak as it is called in Fiji, can be coppiced bi-annually providing fertility, mulch, and firewood. Ginger, like many tropical annuals such as taro and cassava, do well in light shade and with the addition of mulch to protect the soil from sun and intense rain.

The first step in building soil fertility is keeping soil on the land. Despite the challenges of slopes, rain and intense heat, agricultural techniques such as alley cropping can help preserve and improve tropical soils.