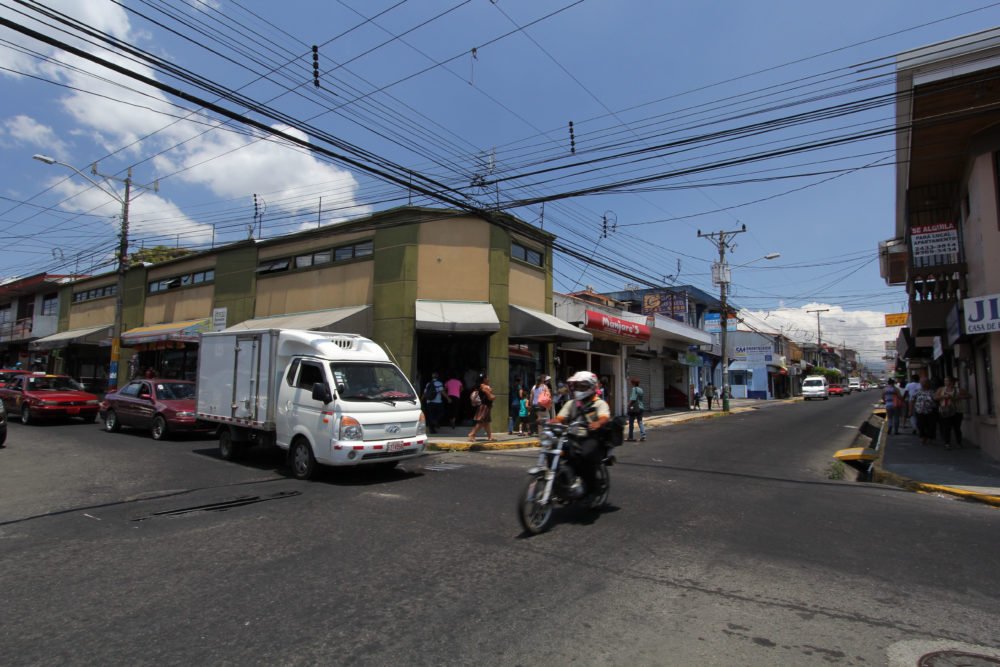 This is the first post in a series by Gioia Kuss ’99, recipient of the 2015-2016 David Bird International Service Fellowship. For her project, Gioia took her professional photography and design skills to a small coastal town of Mastatal in Costa Rica. Here she shares some initial photographs and experiences upon arriving in Costa Rica in February, 2016. A gallery of her photography work can be viewed at LensCulture.

Arriving in Costa Rica, green was the dominant landscape color, unlike the snow (or ice) I left behind in Vermont. Ribbons of red became visible as interwoven strings of exposed soil throughout pastures and along roadsides as my plane descended. It is a jarring juxtaposition: lush green vegetation with visually striking areas of red eroding soil from road cuts, other human activities, and deeply worn livestock paths crisscrossing pastures that drape down steep slopes, volcanic in origin. Urbanity also quickly came into view; although high-rises were absent, pleasant temperatures in the upland basin surrounding San José and economic opportunity spawned a thriving and bustling Central American city. 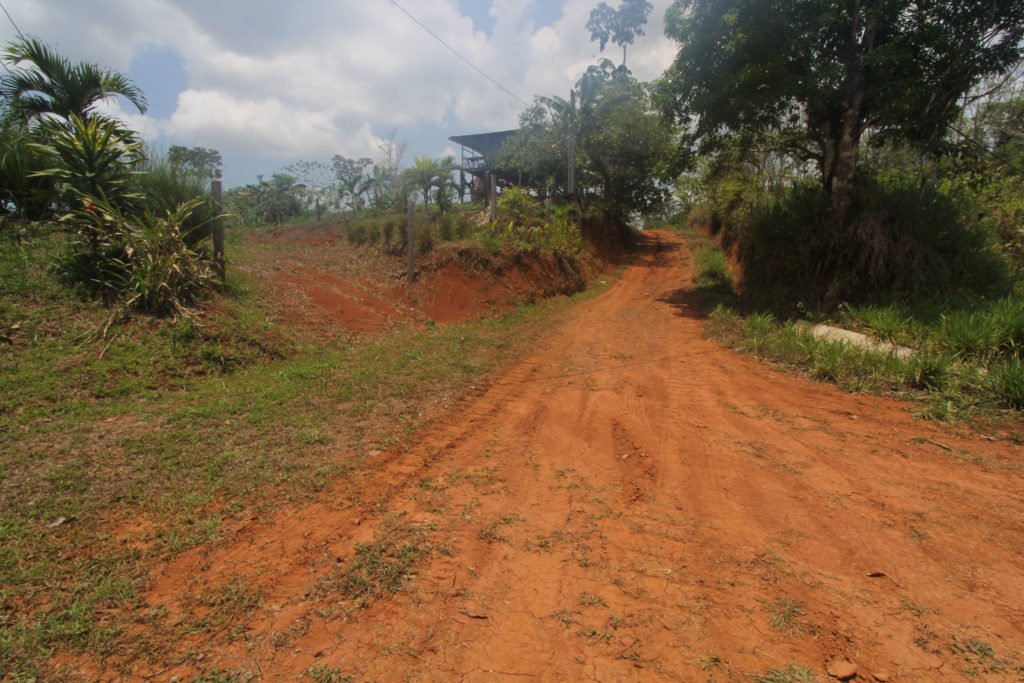 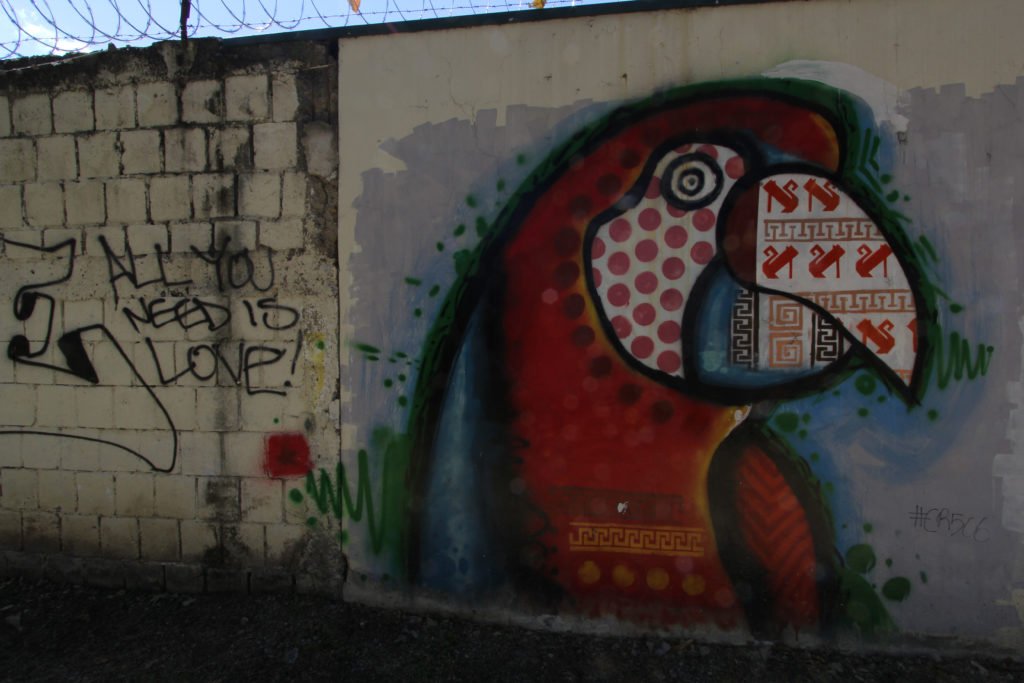 On the ground, I was immediately struck by the cultural norm of seemingly small kindnesses passed between people. Young men eagerly gave up their seats on the bus to elderly riders. Random people went out of their way to help a befuddled tourist (me) how to find numerous unmarked bus stops along streets without names. Route maps for the many different privately run bus lines do not seem to exist. 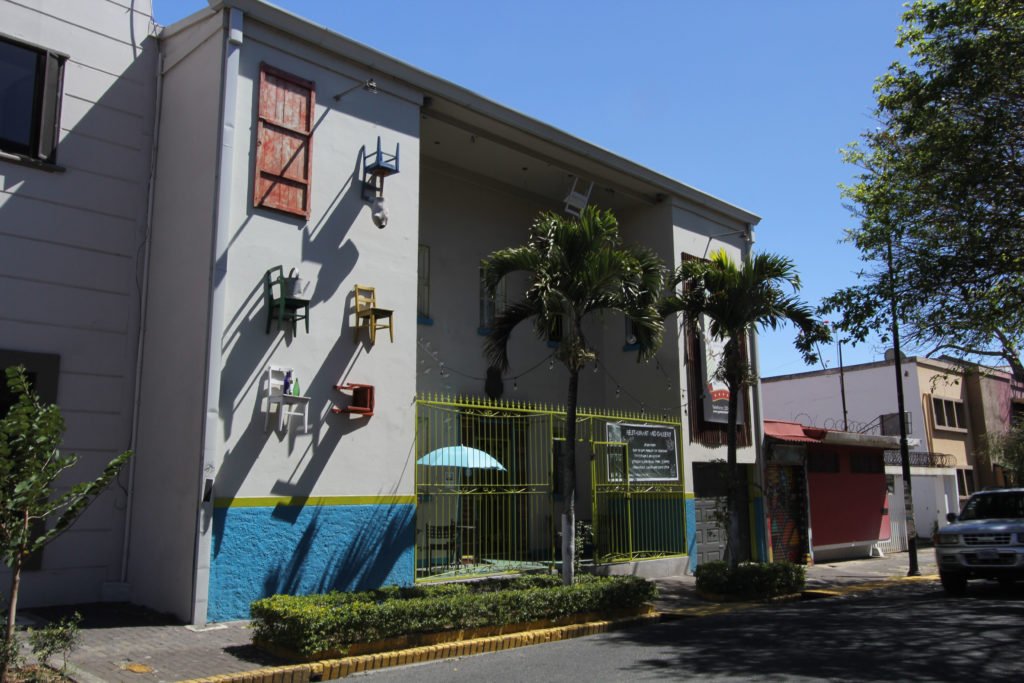 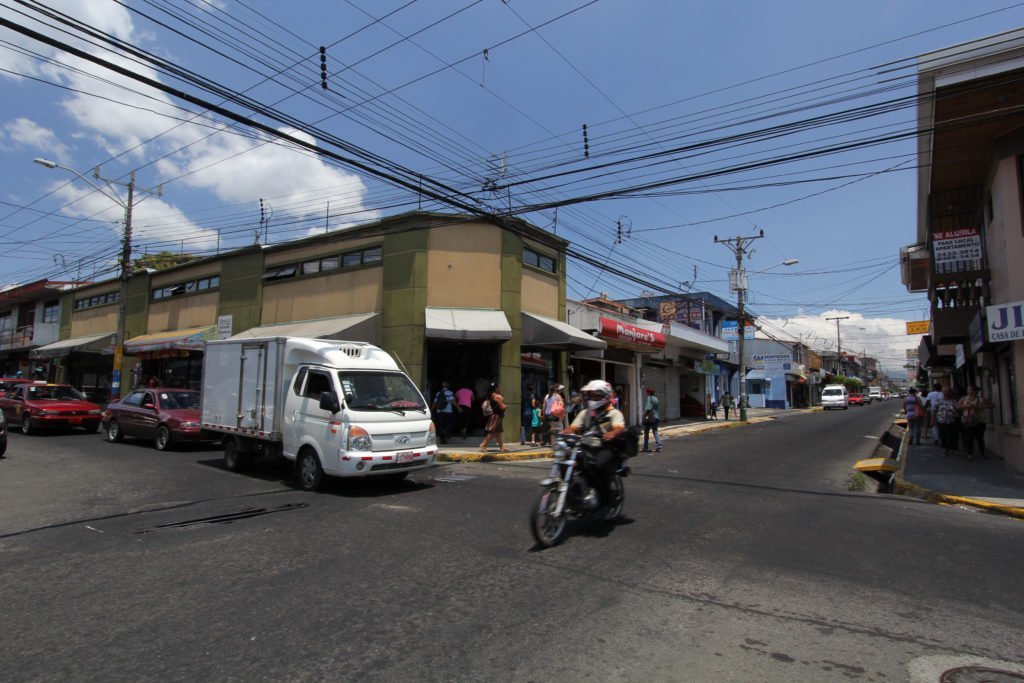 Walking in the city, I noticed a general dearth of an older population. Since statistics show Costa Rican life span to be higher than residents of the United States, I was curious. Quickly, I surmised some of the impediments for life in this Costa Rican city for a person with limited mobility. Streets are separated from sidewalks by large gullies to accommodate stormwater runoff during the rainy season. Most were a bit over a foot deep but some measure closer to two feet deep and wide. Stepping off the sidewalk curb, in a manner North Americans are accustomed to, represents a step down of 18-24 inches in most Costa Rican towns and cities. Occasionally at the end of a block there is a metal or concrete ramp, or piece of plywood just large enough to accommodate a dolly, to bridge this yawning infrastructural abyss. Under such ramps or interspersed along the concrete swale, without any covers, there are large holes disappearing downwards. Stormwater from city streets and all other city effluent goes directly into the river that runs through the region. These holes, large enough to swallow small children, also may contribute to the lack of misbehaving toddlers that I saw. In any case, the mobility to jump across the street gutter – using full leg extension – is a necessary function of touring the city. 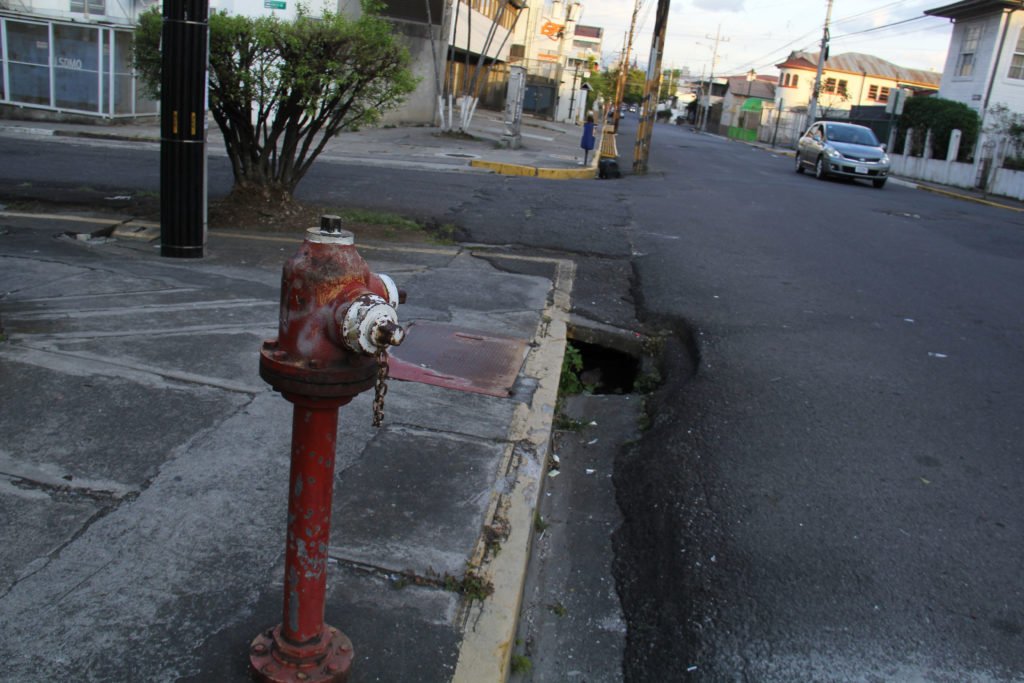 Warm hospitality, rampant erosion, and disparate levels of infrastructure would prove to be recurring themes in my Costa Rican sojourn. Time in the capital gave me a data point of Costa Rican culture to bring with me into the rural landscape. Mastatal, a small hamlet with 100 residents, was where I spent the majority of my time and where my fellowship project would develop. 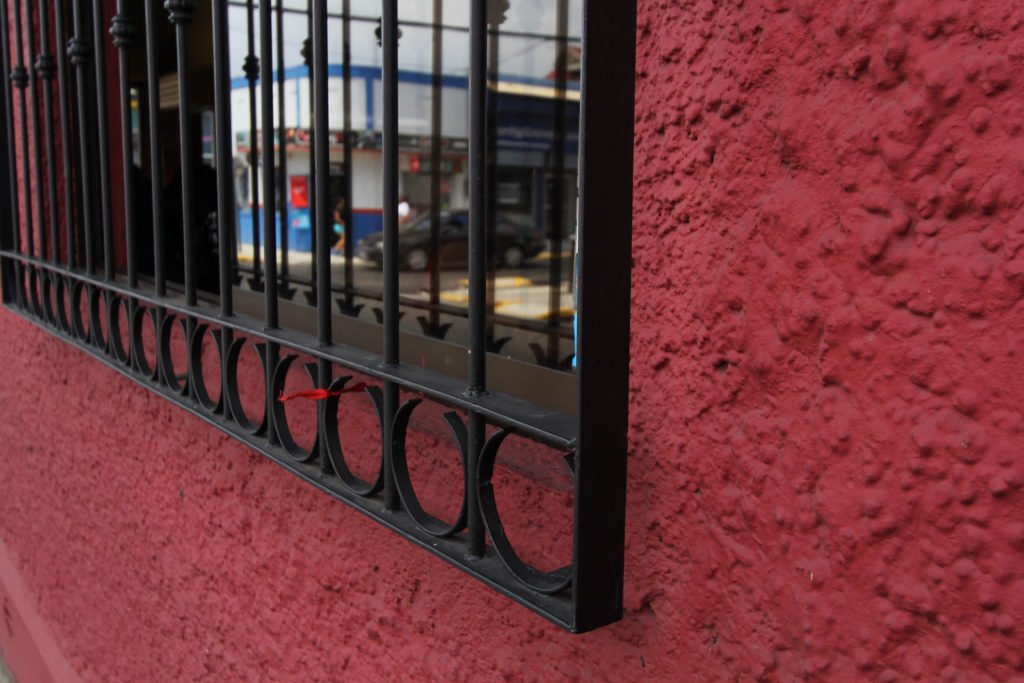 Gioia Kuss is a photographer, printmaker, and land-­‐use planner from Weybridge Vermont. The combination of art and science in her academic background informs her images of natural and man-­‐made structures and processes, along with her sense of ecological patterns when working on a land management plan, park, or commercial design. Her photojournalistic style and sensibility and her ability to connect with people were strengthened by her work as a counselor in Vermont communities, which were damaged by severe flooding after Tropical Storm Irene. These experiences drove home how important and vulnerable society is from the effects of climate change and environmental degradation.

While firmly rooted in Vermont, she has lived in Paris, Switzerland, and several states across the US. Speaking other languages has helped in her quest to understand different cultural and natural environments while traveling widely.

As a consultant she works with individuals and groups to support personal and organizational development and educational outreach. In photography, she works with clients to capture images that match their editorial communication goals, and most recently has developed personal projects that explore the way we as humans live on and with the earth:

Land Views—Alchemy of Soil, Water and Community, which explores how nature and culture combine to affect the land, and our perception of man’s place in the environment through agriculture and landscape design; and Mastatal—Portrait of a Changing Community that documents a way of life in rural Costa Rica.

Gioia received a BA from Middlebury College and an MA from the Conway School of Landscape Design. In addition, she has taught math, science, and art at Ecole d’Humanité an international high school, and Printmaking at Green Mountain College.