Urban Agriculture in the ATL

from isolated food production toward a complex local food system

Across Atlanta, site by site, a new food system is emerging. It is a system scaling up from isolated farms and gardens to a network of operations creating an increasingly robust counterweight to the national and international systems that dominate our food production today. Rather than a food system revolution, however, this change is more of an evolution. Farms and farmers come and go, but their efforts are lurching forward as the new system unfolds inside the urban framework available. In Atlanta that often means the reclamation of urban decay and suburban sprawl. 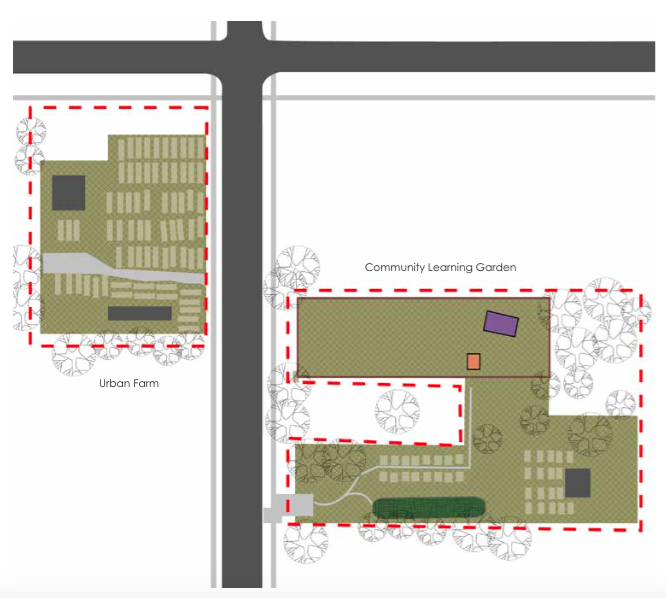 In the past decade food system change in Atlanta stepped up its pace, with dozens of new operations arriving on the city’s urban agriculture scene. This study reviewed a sample of sixteen different sites within Atlanta’s local food system. It interviewed two dozen individuals during the 2013 and 2014 growing seasons, using ethnographic procedures such as ‘Photo Voice’ and ‘Map Voice,’ techniques for co-creating design collateral and site data. From this sample one can see the outlines of the new system and how it is increasingly becoming part of the city’s physical and social fabric.

Read the full study including the stories of the individual farms and farmers here. 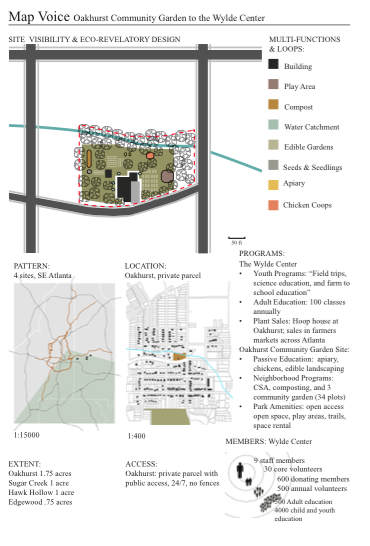 In addition to the narratives, the research uncovered topics relevant either to planning policy or landscape design theory, including a new typology of urban agriculture. The typology includes food production schemes not seen in previous decades including: Right of Way Gardens, Food Parks and Eco-Centers, and The Food Commons. 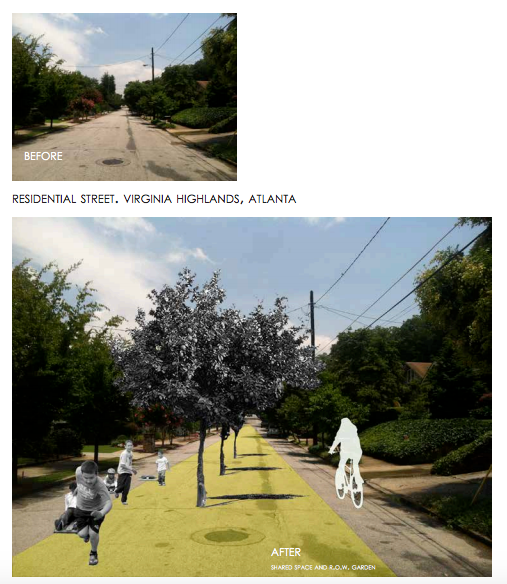 Right of Way Gardens are edible landscapes located in or along side the public right of way. They often straddle the liminal spaces between private lots and the public street. Two examples of Right of Way Gardens in this Atlanta sample were Chosewood Park’s Edible Neighborhood as well as Concrete Jungle’s many fruit trees. Most streets in America, especially residential streets, have been over engineered, and planners and more forward thinking engineers are rethinking how they design these spaces. These efforts are part of the shared space movement. Right of way gardens are a landscape design tool to add to the shared space tool kit. 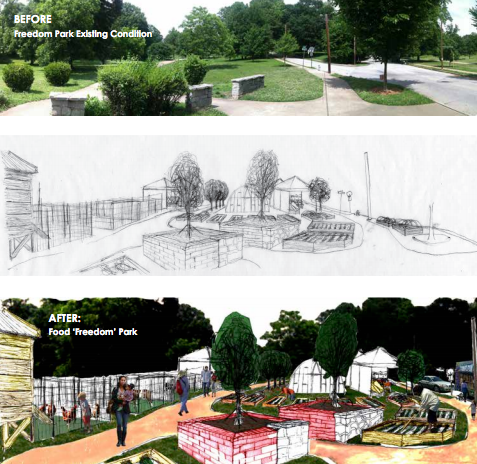 Many of the urban agriculture spaces in Atlanta’s core, if allowed to meet their potentials, are acting more like parks or community centers than farms. When they are small and embedded in a neighborhood such as Atlanta’s Wylde Center their function is more like an ecological systems center. This is a place where people can come and garden in a community plot, take classes about canning, bring their compost scraps, or just enjoy the productive landscape as they would a more traditionally landscaped park. When sites are larger, such as Truly Living Well’s Wheat Street Gardens, they function more like a Food Park where people from all over the city can learn about farming techniques such as aquaculture and composting, can enjoy a regular farmers market, or can volunteer to be part of the farm’s production unit. The former could be called an Ecologically-based Community Center or Eco-center and the later could be called a Community-based Food System Park or Food Park. Weather they are serving a small neighborhood or a district as a park, however, both are serving the primary role of connecting their localities to the larger civic agriculture system and the people and natural systems that share it. 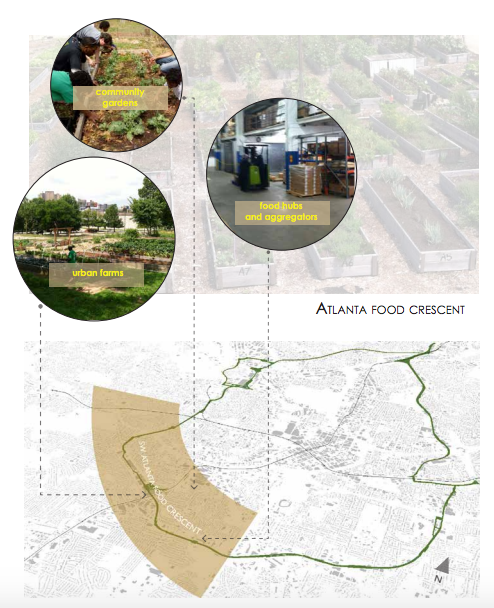 Food hubs are central locations where agriculture goods are brought together, processed, and or shared with local consumers and other institutions within the local food system. The Food Commons is a specific project started in 2010 in California, which takes the Food Hub concept and blows up its geography, so that an entire section of a city can become food production oriented. The goal of a Food Commons according to its founders is to build a new type of food system that is “labor-friendly, ecologically responsible, hospitable to a variety of small enterprises, and able to grow high-quality food for local consumption.”

Atlanta Food and Farm is the Georgia branch of the Food Commons movement and an example of this emerging urban agriculture type. 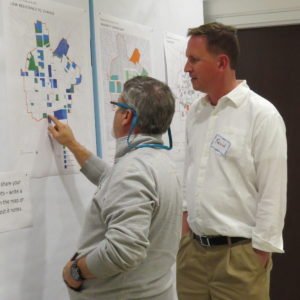 Kevin, right, at a community meeting

Kevin Adams is a designer and researcher in the fields of urban and landscape planning doing whatever he can to foster great places. A 2008 alum, the Conway experience infused an ecological perspective into his work, which can be viewed on his website, kwa3.com. Kevin is currently looking for ecological or urban design work near Boston and would love to connect with other alums about job opportunities.