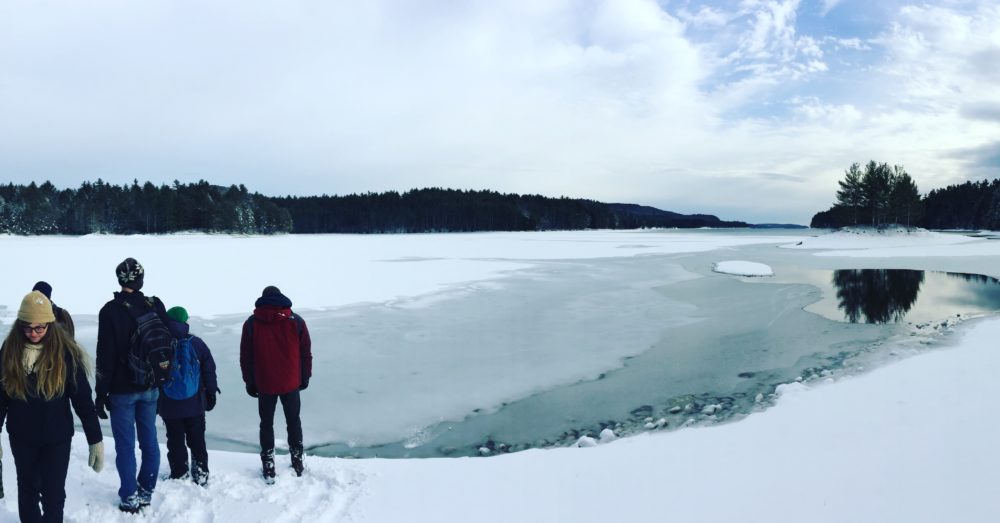 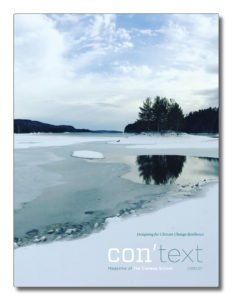 The shimmering, melting landscape of the Quabbin Reservoir on the cover of our upcoming 2017 issue of con’text magazine (shown in full, above, and to the right as the cover of con’text) was taken by Margot Halpin ’16, while on a field trip with her class. Here, she shares some of what she learned on that field trip, and the fascinating story that lies underneath the layers of ice pictured. All photos are by Margot.

The 2017 con’text cover photo was taken at the Quabbin Reservoir, the source of Boston’s drinking water and among the largest (and perhaps most beautiful) of its kind in the United States. On a snowy field trip to the reservoir during the winter semester, our class was surprised to learn the complex history of this place: when the Swift river was dammed in the 1930’s to create this man-made lake, hundreds of people living in the area were forced from their homes. In fact, the remnants of four entire towns now rest underneath the deceptively placid surface of this roughly 25,000-acre reservoir.

Our class discussed the conflicting nature of this place. On one hand, establishing this place was highly problematic because the former residents were arguably not offered a fair price for their land. We discussed the profound human cost to displacement that cannot be measured in dollars and cents. On the other hand, the project resulted in 450,000 acres of protected land that is now home to bear, moose, bobcats, loons and bald eagles, and is a favorite hiking destination for locals. Ironically, this place has become a sanctuary to wildlife and humans alike, who value the land for its relatively “undisturbed” feel. Furthermore, these are all satellite benefits to the original purpose of the reservoir, and the city of Boston still relies on this consistent supply of fresh water every day.

Ecology professor Glenn Motzkin led the class of 2016 on a snowy walk in the woods around the Quabbin Reservoir.

According to the New England Historical Society, in the mid 1960s Massachusetts experienced a severe drought that shrunk the reservoir to 59% of its capacity. Serious consideration was given to diverting the Connecticut River roughly 12 miles east to the Quabbin to ensure that Boston would not go thirsty, a radical engineering feat that would have had huge detrimental consequences. That such an extreme situation was considered highlights how short term demands can often overshadow ecological and social needs in the long term. Thankfully, the drought ended and the Quabbin Reservoir refilled, avoiding the significant damage to natural communities that would have resulted from the diversion.

We now know that by the 1980s the viaduct from Quabbin to Boston was leaking approximately 30 million gallons per day, accounting for nearly 25% of total water transported (source: MA Water Resources Authority). In the future, rather than finding ourselves in a bind and considering extreme planning solutions like diverting the Connecticut River, it seems prudent to simply invest in technology that, for example, helps find and fix leaky pipes. Investing in improving our existing systems could help us reduce our water usage and become more resilient to the effects of climatic change. As is the case in most arenas of sustainability, conservation of resources is often the most effective design. Also, considering our eye-opening winter field trip, supporting educational programs and connecting urban people to the source of their water may help reduce demand. It is difficult to abuse a resource when you cherish its source. 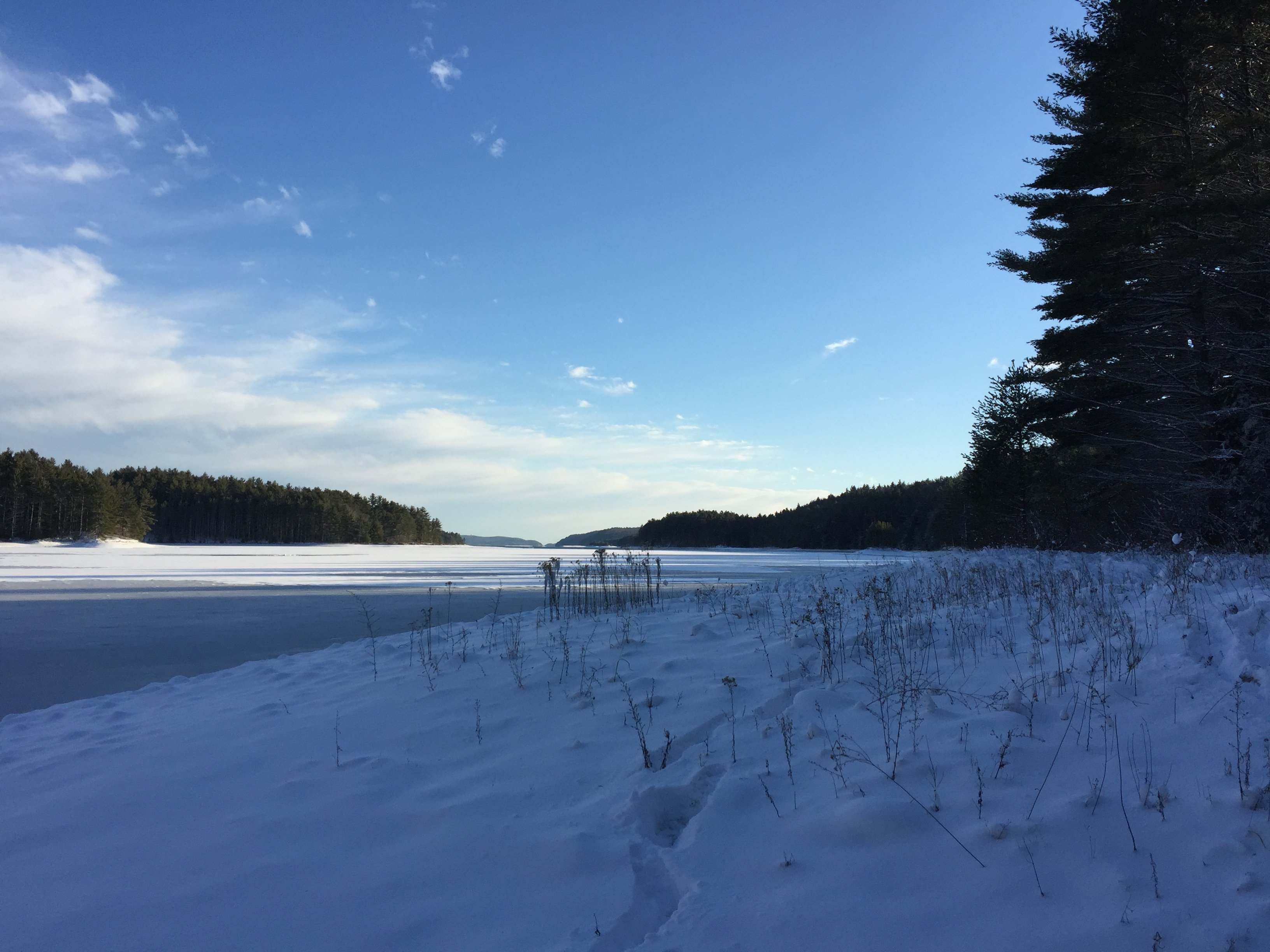 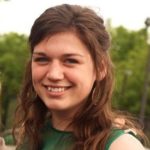 Margot Halpin graduated from The Conway School in 2016 and was the Director of Design at Mill 180 Park until she decided to leave the area and move to Portland, Oregon. She is inspired by the progressive planning and design culture in Portland and hopes to absorb as much as she can living and working in the area. Margot is currently a freelance ecological landscape designer and planner and is looking for full time work in Portland. She recently founded Margot Halpin Eco Design. Her classmate Eric DePalo ’16 helped with editing this piece.