At the Intersection of Energy Generation and Cultural Landscapes 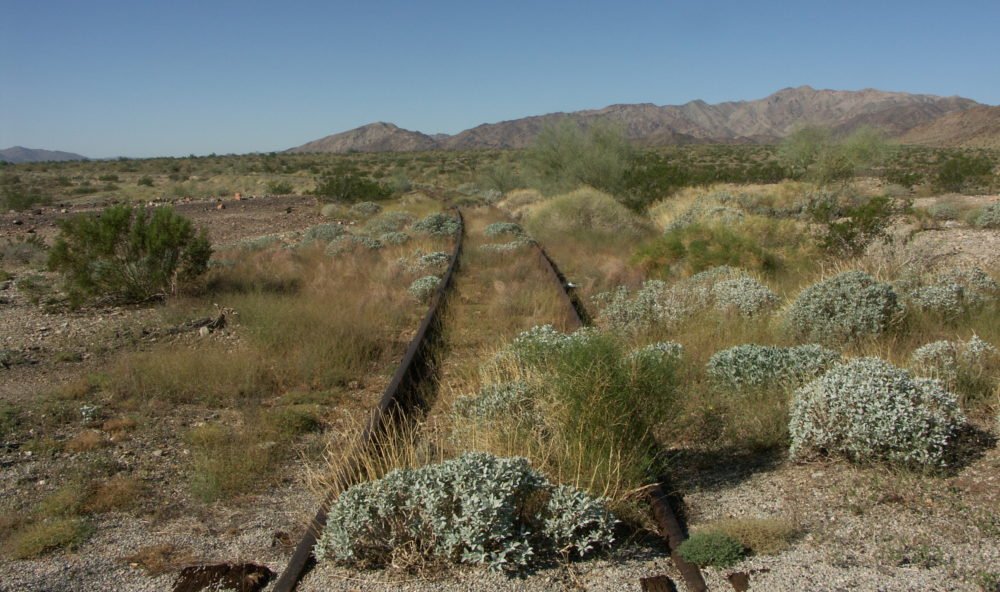 This piece was published in the 2017 issue of con’text magazine. The Eagle Mountain Railroad tracks, pictured above, are an example of a built-environment historical resource that was included in the Desert Renewable Energy Conservation Plan cultural resources sensitivity model that Melissa’s team developed.

When I tell people that the focus of my work is the siting of power plants, I’m sure their first thought is an environmental review of air quality, flora, and fauna, but my work in the Siting, Transmission and Environmental Protection Office of the California Energy Commission is much more. As a “built environment” specialist, I apply my skills as an architectural and landscape historian to analyze the potential for impacts on cultural resources from these proposed power plant applications.

In the case of a solar power project, staff members identified a cultural landscape that extended out 15 miles from a proposed project site near Desert Center, California. The project had the potential for significant, immitigable impacts on tribal cultural resources within that landscape, even though the impacts to the built environment were all less than significant. Since then, the thinking has evolved that the tribal cultural landscape in that region is even larger. This is just one instance where the cultural resources unit at the Energy Commission has raised the level of awareness of cultural landscapes.

We also took on a planning project last year that built a cultural resources sensitivity model for the Desert Renewable Energy Conservation Plan area (DRECP). The DRECP encompasses 22.6 million acres of desert regions and adjacent lands in seven counties within California. The intent of the project was to identify those areas that are more suitable for development and less likely to disrupt cultural resources of all kinds. The Energy Commission awarded our cultural resources unit and our GIS support team a special achievement certificate for the project.

Although desert environments have figured largely in our siting reviews, we have begun analyzing applications in the coastal regions of California, as all power plants using ocean water for cooling water must eliminate ocean water intake by 2020 for biological environmental reasons. We are also analyzing a smattering of re-power proposals throughout the state to switch sources from old gas plants to more modern “peaker” plants, which ramp up and supply power to the grid quickly, supporting the variability of renewable power sources. California has a goal of 50 percent renewable energy sources by 2030.

When I consider my year at Conway, with its emphasis on written and spoken communication skills, I realize these core competencies inform my work on a daily basis. During my studies at Conway I also honed my ability to read the landscape for clues that reveal the evolution into its present form. You never know where a Conway education might take you. 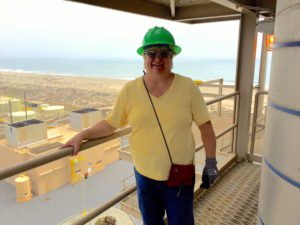 Melissa Mourkas ’94, left, at the 1950s era Mandalay Generating Station (MGS) in Oxnard, California. MGS is one of many post-war coastal power plants in California being replaced with newer, more efficient power plants that do not use ocean water for cooling purposes.

Contact us to contribute an update for the blog or next issue of con’text magazine.