The Coach House: The Backstory

When Walt Cudnohufsky, who graduated from Harvard with a Masters in Landscape Architecture in 1965, developed the concept for the Conway School in the early 1970s, he imagined the school’s location in a city with access to libraries, activities, and amenities. As Judith Thompson ’99 describes in the 2002 issue of con’text, the school magazine, “Although he had not envisioned a design school in a rural setting, for reasons of economy, Walt began it in his Conway home and peripheral buildings—a sugarhouse and converted barn. The whole thing was designed over a weekend. Walt, lacking a tape measure, ran around with his scale taking measurements for a drawing to take to the bank to secure an $8,000 personal loan to pay for renovations and float the school in its first year.”

Members of the class of 1981 celebrate their graduation in front of the original location of the Conway School.

In 2003, the school moved to a larger facility in Conway, where it remained through the spring of 2016. On the “Hill,” students had easy access to nature from the studio, but had to rely on vehicles to reach their apartments and grocery stores. 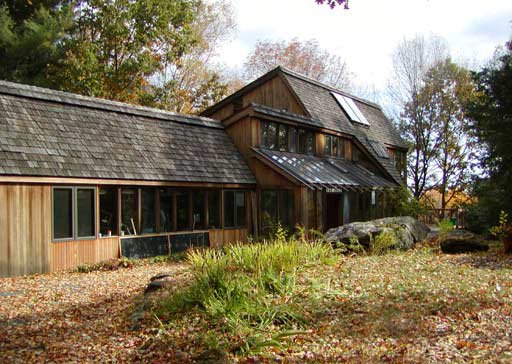 In 2015, Conway finally made the move to the more populated Pioneer Valley, renting studio space in a renovated, mixed-use mill building in the city of Easthampton. The program occupied the space for three years; students worked at their drafting tables next to large mill windows, taking breaks to sit on a roof terrace overlooking a park, the Mill Pond, and the Mt. Tom range. Most students lived within walking, bicycling, or short driving distance of the school. Some took the bus every day. 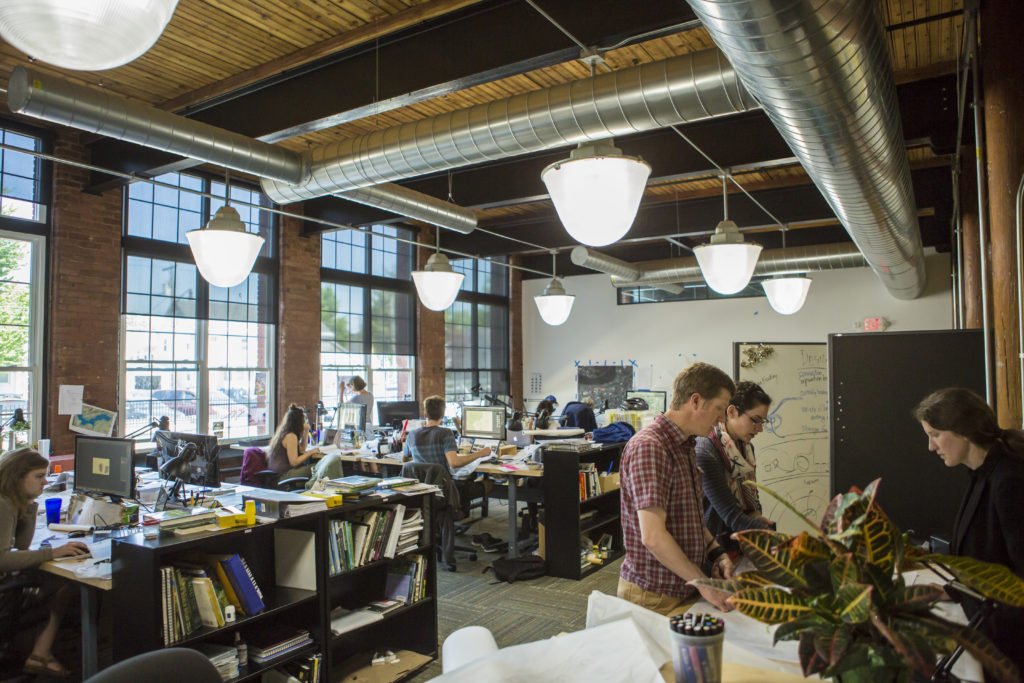 The Easthampton location provided a robust studio space close to housing options, grocery stores, and other amenities. It was also situated in a mill district currently undergoing revitalization, near an environmental justice neighborhood, and close to impaired waterways. Its location prompted critical discussions about opportunities for design and planning, and it was also convenient for students who did not own vehicles. However, Conway did not own the studio space. 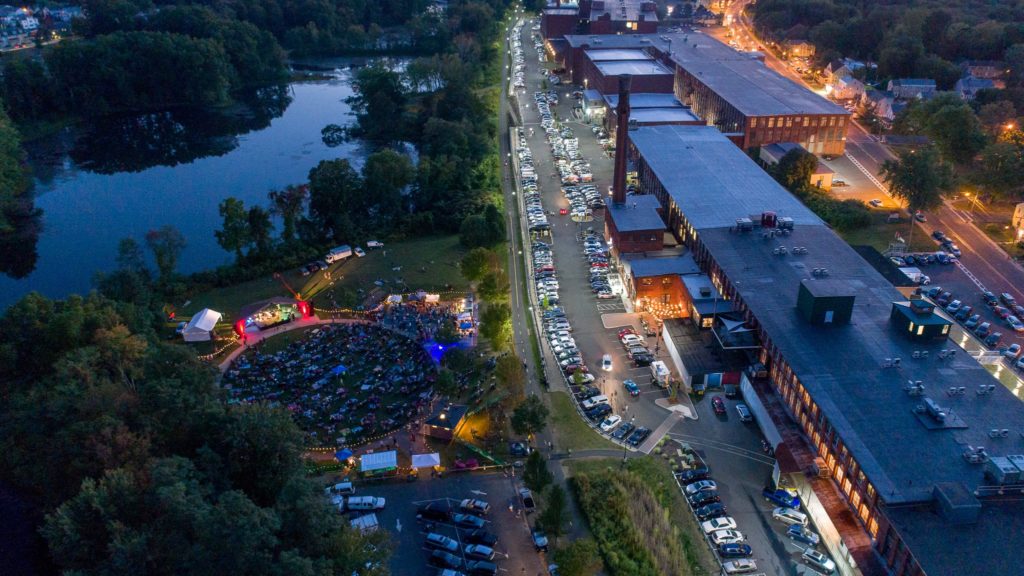 Eager to acquire a more permanent home of its own, the school formed a working group of faculty, staff, alumni, and friends of the school. The group’s members, trained in the Conway design process, evaluated what worked well in its current location, and what did not. After this analysis, the group developed a list of criteria, beginning with the key element that brought the school to Easthampton: the school needed to be in an urban location, with access to alternative modes of transportation and amenities, in order to better accommodate students without vehicles. This decision was made in response to:

The school explored several locations for the school in the cities of Holyoke, Easthampton, Amherst, and Northampton, before a unique opportunity arose to buy a building in Northampton. The Coach House, located in the planned mixed-use neighborhood of Village Hill, was the last unrenovated building original to the Northampton State Hospital, which once occupied the site. After sitting vacant for decades, the building was purchased by a contracting and construction management firm, D.A. Sullivan, which offered to mortgage the entire first floor of the building to the Conway School. After site visits, conceptual drawings, and many meetings, the school determined that the building fulfilled all of the school’s criteria (and then some!), and purchased the space. 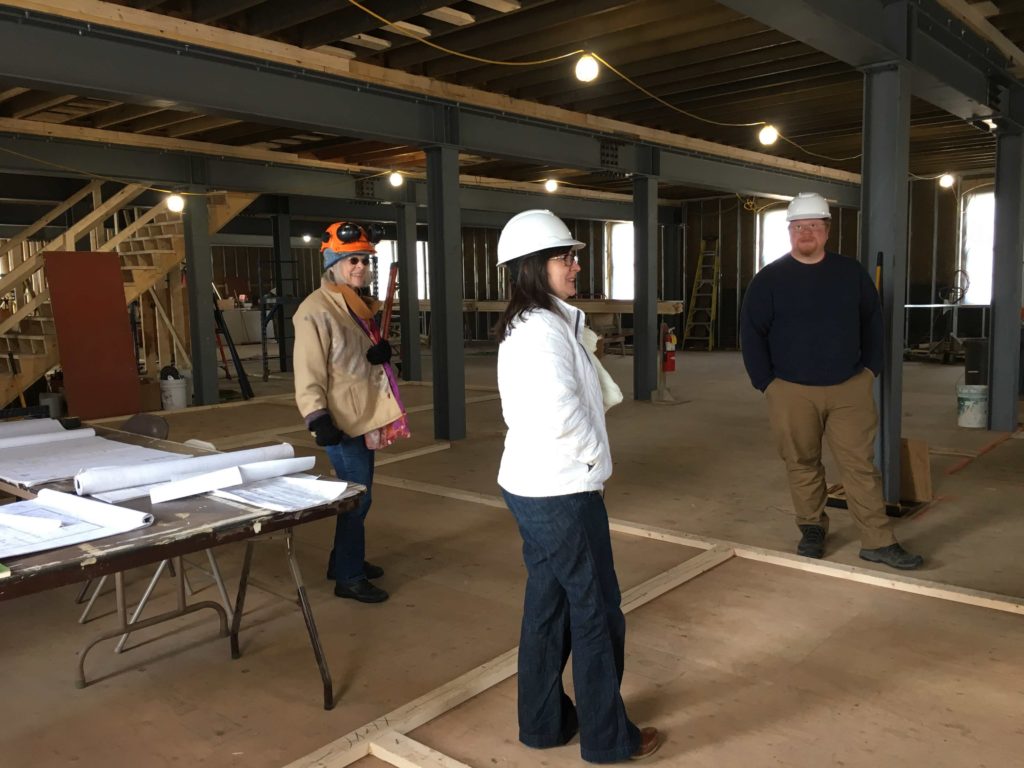 Conway is moving into the Coach House in July 2018 and will be set up and ready for the first day of school in September, to welcome the Class of 2019. 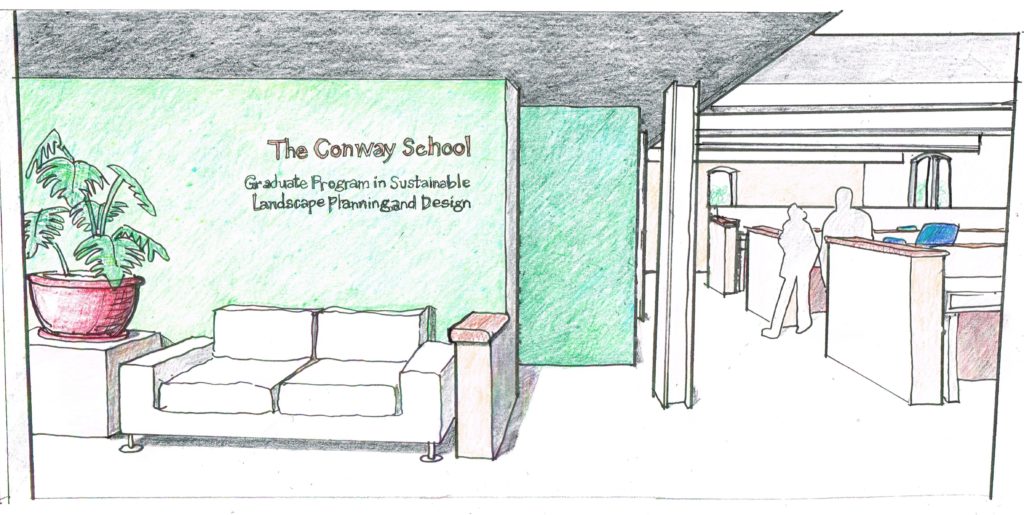 A welcoming entry: When walking in the front door on Village Hill Road, visitors will be greeted in the lobby with a view of the students at work.

Read more about our new home:

> Stay tuned for our additional blog posts about our new home, including a sneak peek of construction progress.