“The separation takes more work than the intersection.” Life Along the Margins with Mohamad Chakaki 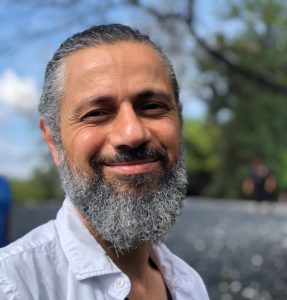 We hope you enjoyed the first installment of our Conway Convo series with Haly Rylko back in January. (If you missed it, you can read it here.) Our next participant from the Conway community is Mohamad Chakaki, arriving to us this school year as a teacher, facilitator and storyteller who guides students through the process of building and working with community in its multiple iterations. Mohamad and Roxy talked back in November about how one’s internal and external landscapes commingle, and about his role as a steward of edges both physical and abstract.

Roxy: What was your first landscape love?

Mohamad: My answer is the sea. I was born on the eastern coast of the Arabian peninsula, the western coast of the Persian Gulf. And that – where the sand met a very shallow and warm sea – is the landscape of my childhood. I can still remember it, spending time with family at the beach. My dad, who at the time was a contractor in an oil-booming Saudi Arabia, was working for a construction company. He’s a civil engineer from Syria who immigrated to Saudi and was helping to build a town on the western coast, the northwest coast of Saudi Arabia.

That’s right on the edge of the Gulf of Aqaba, where the Red Sea has these two ears that pop off of it on either side of the Sinai peninsula. He was building a town for the Saudi Border Patrol, because that’s up by the border with Jordan. And that’s the other landscape: We used to fly from the part of Saudi that we lived in to the provincial capital, called Tabuk. Then you’d have to get in a car and drive, out to the Red Sea. I remember those trips with my dad. It was fun, being away from the usual stuff, just my dad and me and his friends. I learned to swim out there. I remember they would put me in a tire inner tube, and they wouldn’t let me walk on this stuff that they were walking on that was cavernous. I saw rainbow fish, my first octopus. Incredible fish.

It wasn’t until I was in my mid-twenties that my family and I went to this resort on the tip of the Sinai peninsula in Egypt called Sharm el-Sheikh. It’s popular for scuba diving. The Red Sea is so deep, so different than the Persian Gulf, which is a warm, shallow, wide sea. The Red Sea is part of the rift valley that comes up from Eastern Africa and ultimately into the Dead Sea. I realized they had been walking on coral reefs, and that’s why they didn’t want me to walk – because I could have slipped through parts of it. But I didn’t know that at the time. When we were on that vacation, 20-odd years later, and I went scuba diving in Sharm, all the memories came flooding back in. I ran back to the hotel room and looked at a map, and realized where I was, just across the Gulf of Aqaba from where my dad used to take me. The cliché is that it’s where the desert meets the sea. I don’t love the cliché, but both of those landscapes speak to me, that coastal edge. 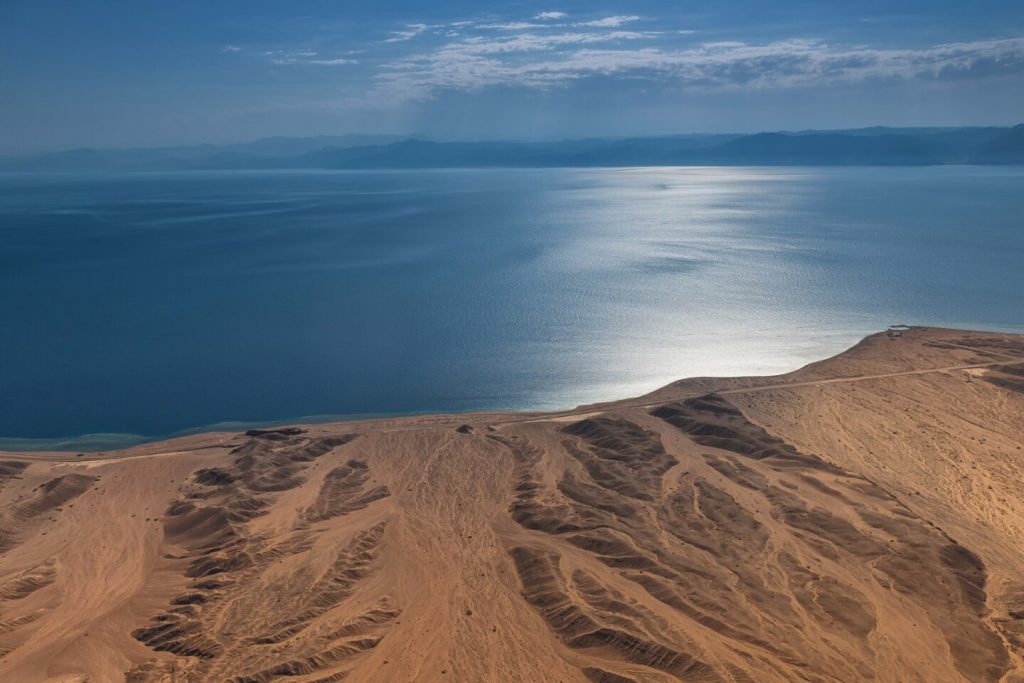 I still go out to the river in New York here. My girls go to a public school on the West Side of Manhattan, so I drop them off and continue along the river’s edge. Hudson River Park is there. It reminds me of that margin.

I was also a student conservation associate in Saguaro National Park, and it was just beautiful. Somehow the Sonoran desert, so much different than an Arabian one, reminded me of that kind of landscape.

When I was in grad school, I studied environmental psychology and the topics of childhood and nature. There was this idea that middle childhood – the ages of 6 to 12 – was such an important time for developing an imprint of landscape and nature. That time in my life is split between the early landscapes I’m describing, and then our move to the Eastern US. I grew up in the mid-Atlantic, in Washington D.C. and Northern Virginia. And so those forests have another added, layered imprint.

I’ll say one last thing about the topic, because I grew up both hearing the stories and going back to the place. The city that’s imprinted on me is Damascus. Its urban landscape is a big deal to me. All cities remind me of it. When I’m driving, when I’m walking around New York, and I smell or see something… I’m reminded of Damascus, which is very old. It’s probably the oldest continuously inhabited place that still has the same name and continuous history. 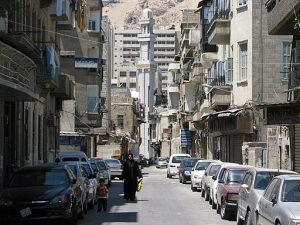 Mohamad: That’s a good question. There might be a couple of threads, as I started to grow and get a chance to choose where I lived. When we moved to the US, we ended up in the suburbs. By the time undergrad came around, I went to The George Washington University in the heart of Washington D.C., and I realized that connection to my mom’s home in the city.

Only recently have I realized that my mom’s such a city girl. She knows this, and she raised us that way. So there are ways in which even before I ever lived in the city, I knew how to navigate it. I think there’s a choice to increasingly stay close to and connected to urban space and urban life and living.

After undergrad, I had just started to make a first foray into what in hindsight I realize would have been a career in conservation, but it was communities and cities that brought me back. I was working at Saguaro National Park and studying the epidermal browning of the saguaros – their skin was starting to brown and scientists at the park were trying to understand that. One of the questions was the encroachment of the city of Tucson up to the edges of the park. So there was that, urban development, there was also native history and presence. I wouldn’t have used this word at the time, but there was cosmology. I studied religion and biology in undergrad. And all those things turned me away from a much more typical path in conservation biology. I was far more interested in what urban landscapes could hold, including gardens and parks within them. Something more holistic, that included people, place, culture, and history. 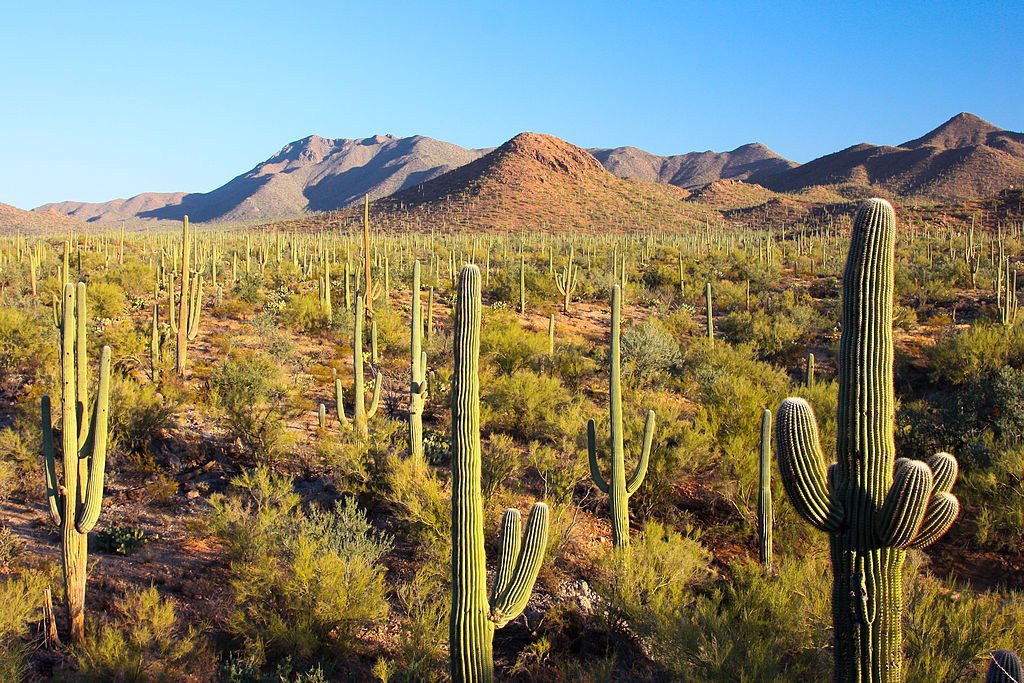 In my education, both formal and informal, I’ve become more and more humanistic. I don’t know how, but I went from an interdisciplinary science-oriented undergraduate degree, then an environmental planning type of degree, to something that is still multidisciplinary in academic terms, but appreciates both the urban landscapes and the ecological, natural landscapes, the built and natural environments, in broader ways.

Roxy: What is your perspective on the intersection between the social and physical landscapes?

Mohamad: I’m trying to figure out where to start. I probably have to live in that intersection, given my own history, upbringing, curiosity and interest, and the kind of inquiry I’m interested in. So I just try and stay in the middle. I would find it hard to do either on its own.

Ken [Ken Byrne, Conway Academic Director] recently taught a session around Venn diagrams. I’m seeing this as a Venn diagram of the two. If you draw that Venn diagram, you get this little football shape in the middle – an ellipse – and the two exterior areas. I disappear those other two, I can’t just live in those areas. The middle becomes something in and of itself.

Roxy: A lot of people do live in those outside areas. How does your work intersect with those two sides, those two edges of the circles?

Mohamad: It was such a pleasure, when I first started to get to know Conway and the faculty. I came in at the end of last year, which was during the Story of Place curriculum. We were having weekly meetings, something that isn’t happening right now in the flow of a very busy curriculum and schedule. I was getting the chance to meet and get to know and talk to faculty every week, and they are a very multidisciplinary bunch. I’ve been so enriched by those relationships and conversations. When I get to meet and talk to those folks or read and benefit from what they are doing and learning, I’m always bringing it back into that intersection. And there can be tension. There are ways in which I really benefit from those perspectives because I get to draw them back in, but in some ways it’s a push and pull. Sometimes I find I have to defend the intersection. Others insist on maintaining the boundaries, but it’s such an organic, natural concept, and I’m so in it, that from my perspective the separation takes more work than the intersection.

Roxy: What is something that you’re looking forward to?

Mohamad: Going down to D.C. with my family for the Thanksgiving break. As an intern after undergrad, I worked at the National Arboretum and they planted a tree there, it was around 1999. Last time I went to D.C. I got to visit it. I’d seen it before, but for some reason I realized this time that it was a Dawn Redwood. It wasn’t huge, but it was about 30-35 feet tall, and it struck me that this is important, and that I would love to reconnect my girls, who are 5, 10, and 11 years old, to some of these places, like the parks and gardens in D.C., and the Smithsonian Museum of Natural History, which was a big influence on me growing up. 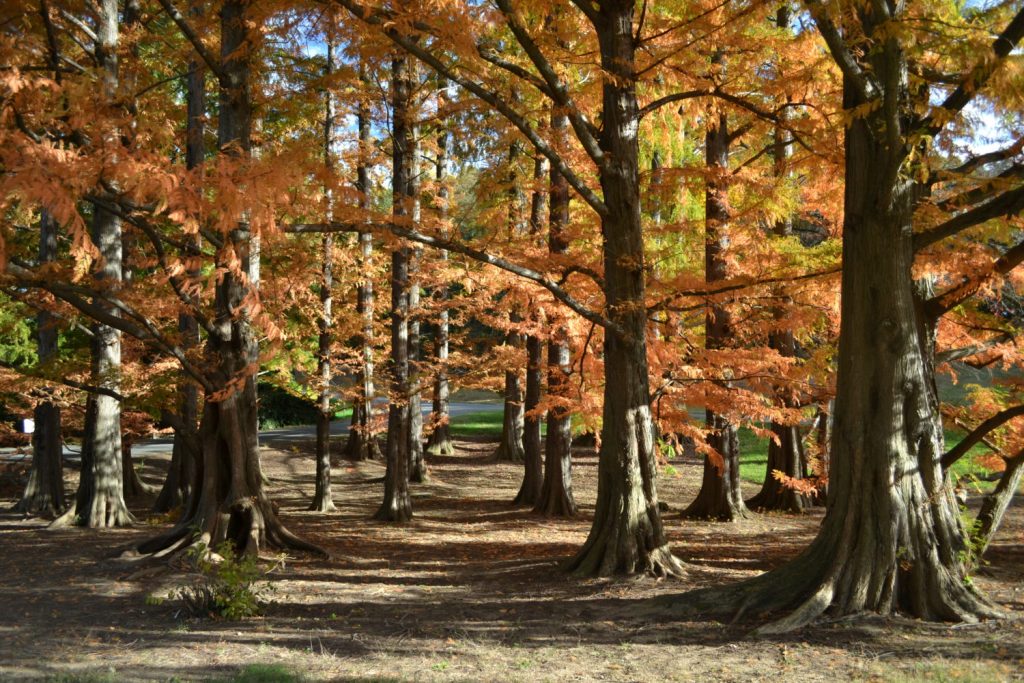 Mohamad: I love this question. There is something about the Dawn Redwood that is really powerful for me, about conifers in general. When I was at the Arboretum I worked in the conifers collection, but my real spirit plant is a Cedar. There are three true Cedars. My favorite happens to be the Lebanese Cedar, because it’s close to the homeland of my parents – my homeland too – and I’ve been to the mountains of Lebanon and seen them. There’s also the Atlas cedar from the Atlas mountains in North Africa, and the Deodar Cedar from the Himalayas. So, Cedar and more generally conifers. And then, because of that one particular tree, the Redwood. I would also throw a Gingko in there.

Roxy: if your personality were a landscape, what would it look like?

Mohamad: It is definitely that landscape that I described earlier, which is a dry land meeting the sea. We were in Crete once, my wife did her anthropological and ethnographic fieldwork in Greece, and we got to visit Crete. I was just mesmerized by some of those dry, hilly landscapes that just drop into the Mediterranean. 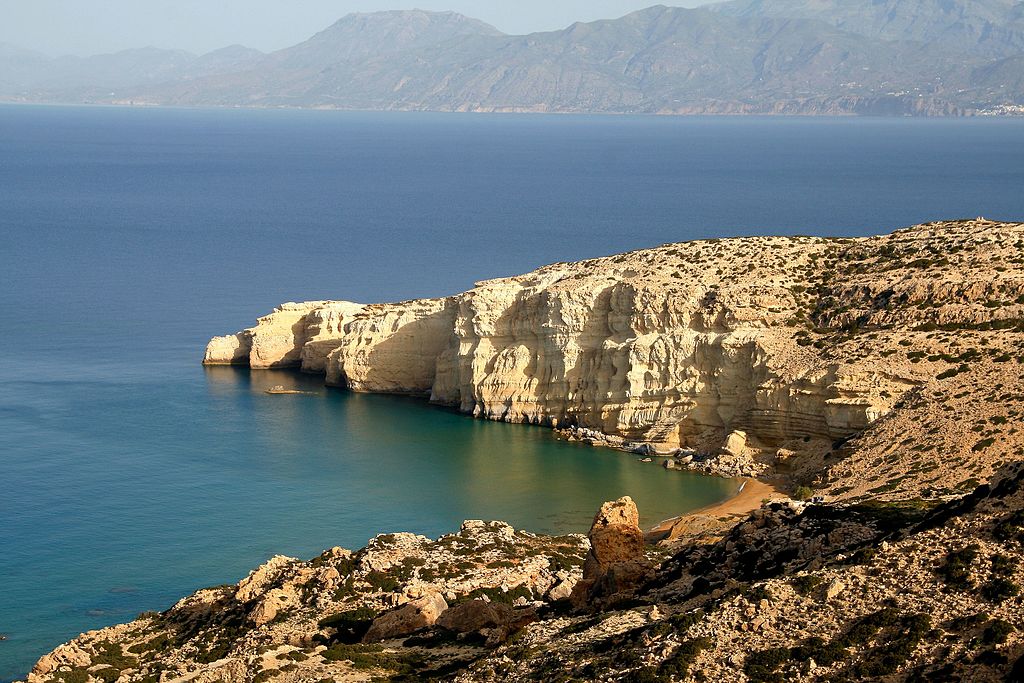