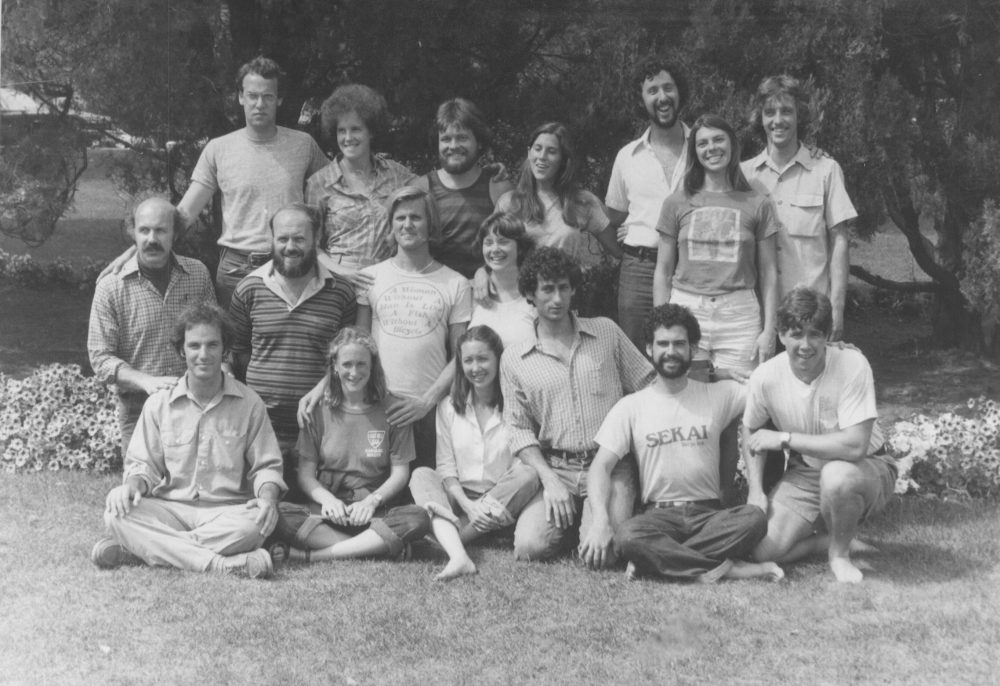 On a lovely Sunday in September, several members of the Conway School Class of 1979 gathered in western Mass to reconnect, talk about their experiences at Conway and the ripple effect of the year they shared at the school—and mostly, just to have fun. 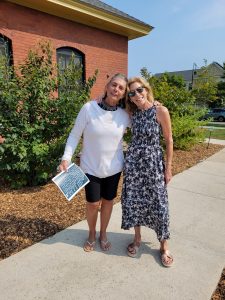 Jeannine Keith Furrer ’79, a landscape architect based in Natick, Massachusetts, organized the gathering, which included a full day of activities, kicked off by a tour of the school’s campus in Northampton, complete with outdoor bagel brunch. “We were all pleased to reconnect with the curriculum and the continuing institution,” Jeannine shared, “which left me feeling positive about the direction of the school. Gathering for brunch and ceremony out front and the fine tour hit the spot. The school you have in Northampton, while different (so much better!) from the barn/sugar house and Walt’s front room studios in Conway (which I cherish) has every indication of the tools and intent necessary to continue the benefits of a solid landscape design education.”

Following their visit to the school’s current campus, the classmates traveled north to Conway, Massachusetts, where they visited the barn and sugar shack on Delabarre Avenue that originally housed the school (which was, Jeannine reports, “smaller than we all remembered”). It is now owned by musicians Adam and Sophie Michaux who graciously opened it to the class for their nostalgic tour. While in Conway, the group also visited the gardens that Don Walker ’79 (director of the school from 1992-2005) and Ruth Parnall (an adviser and past presentation critic)  have nurtured over many years—”a fabulous design example and fun to see them in their habitats.” 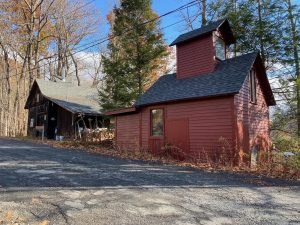 Later, the group gathered at the Haydenville home of Ken Botnick ’79 and his wife Karen Werner, where Ken gave a tour of their recently installed garden and his book bindery business. Ken showed his classmates some of the limited edition conceptual art books that he has made, while others shared portfolios, photos, and paintings. One classmate (Robert Dashevsky ’79) “spoke about Forest Park in Springfield (the area where he grew up), and read three of a collection of many love sonnets he’s composed about that neighborhood (!).”

The classmates also enjoyed forest bathing in Mass Audubon’s Graves Farm Wildlife Sanctuary, and talked and caught up late into the evening. “It was a great weekend, all around,” Jeannine sums up. “The reunion was a hit for us in terms of everyone having fun and feeling good about resuming where we left off as a network.” 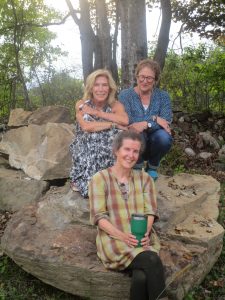 Following are excerpts from a poem Jeannine composed in honor of the occasion. (She reassured her classmates that they were welcome to share their updates without rhyming…):

Welcome seventy niners after 42 jam packed years.
May the love of the earth guide us while we’re all together here.
We’re older grayer, wiser, now. Tested. With fewer fears.
May we simply have a good time. Let us only shed happy tears.

Our inspired fertile minds left here so happy. We were rough and ready to serve.
We put in our lifetimes of energy, which took a lot of nerve.
Don and Walt’s red flags guided us to bud and to bloom.
We bore Children. Projects. Experiences all without benefit of Zoom.

Let’s share love and appreciation for Walt and Don.
Their wisdoms still resonate as we take new challenges on.
What worked was simple: communication, graphics, teamwork, dignity, and drive.
Before PCs, the internet, these two were our “influencers.” No jive!

I met Walt in ’77 in a summer school Design Process session.
The course made sense at last. His charisma cut through the mess ions.
I met Don the first day of Conway. He taught vision outside the box.
Natural systems. Technical design. His crits could knock off your socks.

How pleased I am to see you after 42 years, masks and all.
We are better now and available to serve, answering the call.
Mother Nature’s hurting. Climate change is an all-out brawl.
For now, let’s toast togetherness, while observing Covid protocol.

It was wonderful to host so many members of the Class of 1979 (Conway’s seventh graduating class), however briefly.

Alum Coordinator Elaine Williamson ’11, who joined the group for the Coach House tour and bagel breakfast, shared, “I thoroughly enjoyed seeing the alums greet each other after not seeing one another for decades. The smiles,  laughs and hugs (though cautious at first) were huge. It is clear that the Conway experience creates a lifelong bond for some. It was such a joyful event. We would love to encourage more reunions and would be happy to help search for classmates and host more tours and meals at the new campus. As the 50th Anniversary creeps up it’s a reminder that there are five decades of classes that might enjoy some time together once again.” 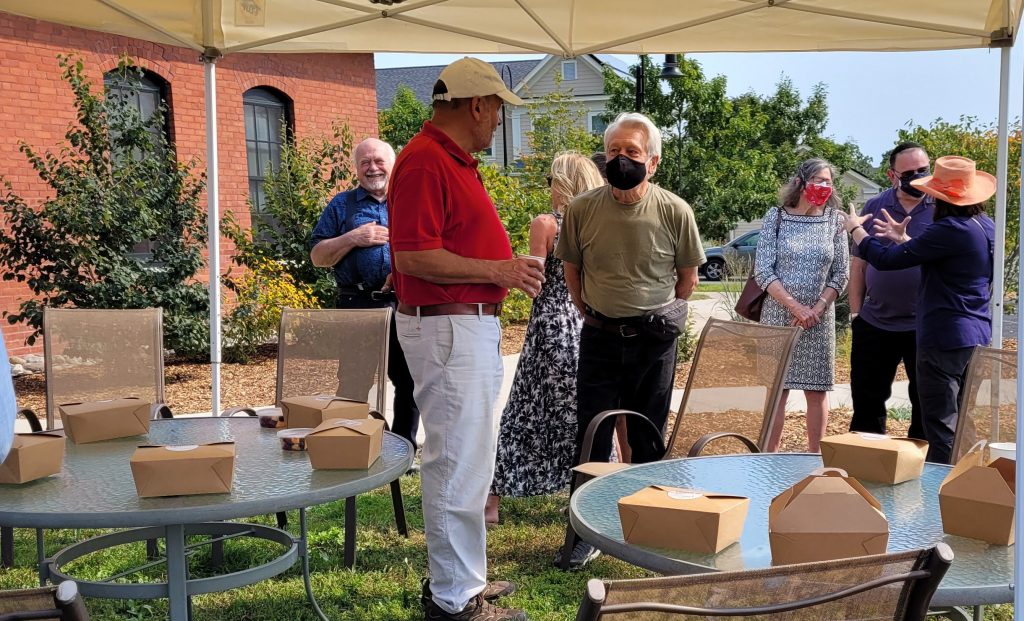